Professor Eugenio Oñate has been awarded the Honorary Doctorate in Sciences from Peter the Great St. Petersburg Polytechnic University. 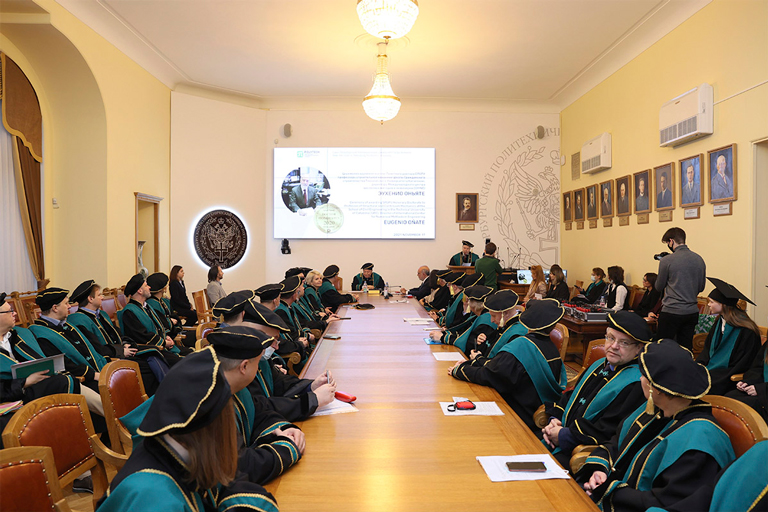 On November 17th, 2021, the Peter the Great Saint Petersburg Polytechnic University (SPbPU) presented the Honorary Degree of Doctor of Sciences (Honoris Causa) to Eugenio Oñate, a professor at the School of Civil Engineering of the Technical University of Catalonia (UPC) and director of CIMNE. 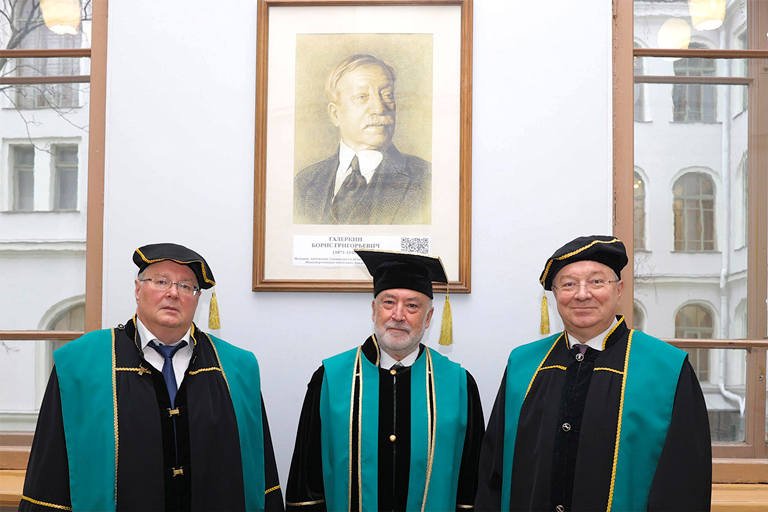 From left to right: Prof. Alexei Borovkov, Prof. Eugenio Oñate and Prof. Andrei Rudskoy in front of a portrait of the famous scientist Boris Galerkin

The Peter the Great Saint Petersburg Polytechnic University was founded in 1899. It has hosted some of the more prominent scientists in the field of structural and continuum mechanics such as Stephen Timoshenko, Boris Galerkin and Ivan Bubnov. Seven of his alumni received the Nobel Prize. 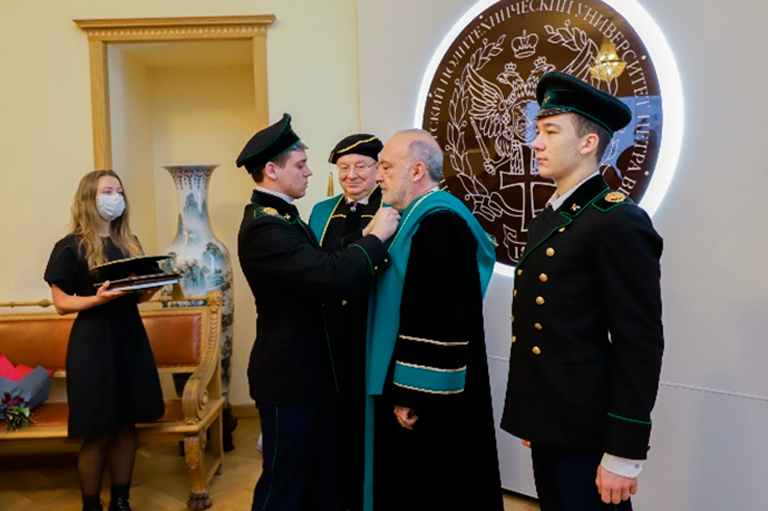 Presentation of Honorary Doctorate to E. Oñate by the rector of SPbPU

After the official ceremony Prof. Oñate delivered a lecture at a conference hall on: “Past, present and future of numerical methods in engineering”. The lecture was attended by academics, PhD students and Postdocs of the university.