The spin-off company of CIMNE, Portable Multimedia Solutions (PMS), has participated in the artistic-scientific project “The Zero-Gravity Band (TZGB)” that has been presented last week in the Sónar+D. The Project has been conceived and conceptualized by the artists Albert Barqué-Duran and Marc Marzenit, and produced by the Quo Artis Foundation. PMS has been in charge of developing, jointly with Eurecat, a dome of 11 meters diameter with an unprecedented 3D sound characteristics.

This sound-light creation is part of the musical composition made by Marc Marzenit with a 3D sound system and has been inspired, mixed and enriched, from the creation that the musician made during a parabolic flight in a micro-gravity situation. The creation of light, designed by Playmodes based on the protocols developed by Albert Barqué-Duran, explores a series of audiovisual impulses that interact with human perception and the cognitive system in order to create floating sensations. 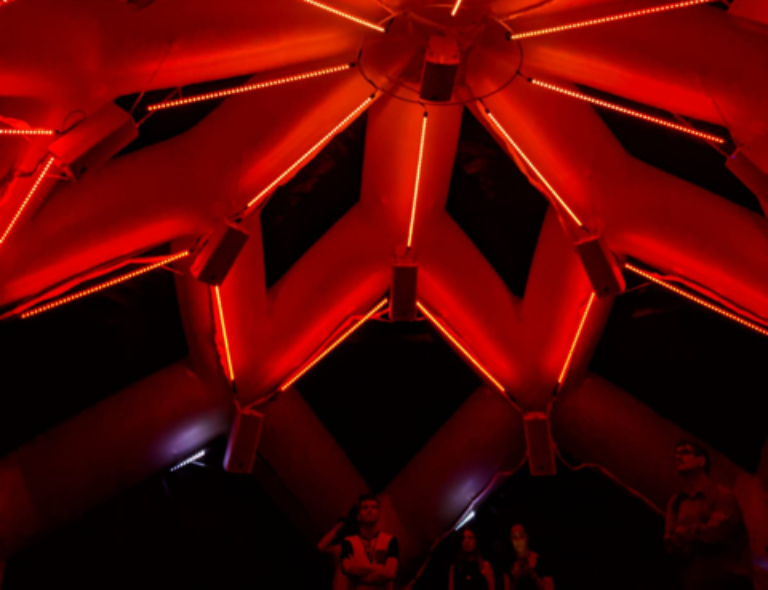